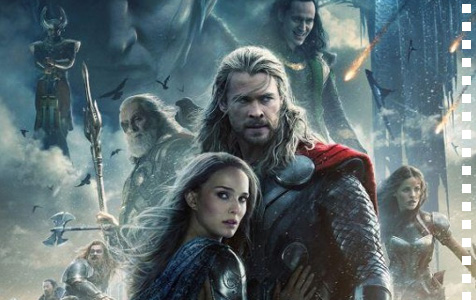 Isn't it nice that superhero movies don't feel the need to take themselves seriously any more? Even Thor, the superhero with the most potential to be a massive space ponce, is – for want of a better word – smashing it. The Dark Knight trilogy was brooding and brilliant, no one is disputing that, but now that Batman has been put to bed, it feels like the real fun can begin. Marvel are on a hot-streak (if you ignore Iron Man 2, Incredible Hulk and shut up) and their Thor sequel sees that string of hits continue; The Dark World arrives in the same vein as Avengers Assemble and Iron Man 3 i.e. laden with lots of fun, lots of laughs and so much charisma that even the minor characters matter. Who'd have thought a throwaway interaction between Thor and Kat Dennings' comic relief Darcy would end up being the funniest exchange of the movie?
Read full article

Leave your stupid comments in your pocket.