Deconstructing Pixar's Inside Out, the film I admire most

There are films that I loathe, there are films that I tolerate and there are films that I enjoy, but there are few films that I truly admire. With some movies I find it best you don't think too carefully how the sausage was made, because nothing spoils the illusion of cinema more than peeking behind the, uh, sausage curtain. Remember the pre-release behind the scenes photos of Robert Zemeckis' The Walk, that showed Joseph Gordon-Levitt doing a tightrope walk on a massive green plank? Cheers for saving me £12.50, idiots. Some movies, on the other hand, practically invite you to climb into the filmmaker's headspace; they want you to know just how much effort went into its creation. Pixar's Inside Out is one of those movies, where you can't help but marvel at the myriad thought processes that led to its genius inception and flawless execution. It's the movie I admire most and I still can't stop thinking about it.


My family and I watch Inside Out at least once a year. Having seen it around five or six times since release, I can safely say it's one of my favourite films of all time, and I appreciate it on new levels each time I watch it. On a base level, it's an imaginative and exciting story, with rich and colourful characters, meaningful stakes and an excellent voice cast. There are very few movies which my five-year-old son will watch from beginning to end without interruption, but Inside Out is one of them, so it must be doing something right. I'm still working on my two-year old, who thought a better use of today's time would be to spread the contents of his tuna sandwich on the living room carpet, but each to his own.

The more I think about Inside Out, the more I appreciate the work that went into making it work. Because it isn't just a basic movie, with an imaginative story, colourful characters and an excellent voice cast - it's also an impossibly complex and cerebral movie that explores its own fantastic concept without wasting a single scene. A movie set entirely inside the mind is uncharted territory for animation, for any movie; it transcends not just how we think about movies themselves, but how we think about everything. It also features a character who is a cat/elephant/dolphin hybrid who hollows out your very soul. So there's lots going on here. Lots of moving pieces. It's set inside the mind, for Christ's sake. 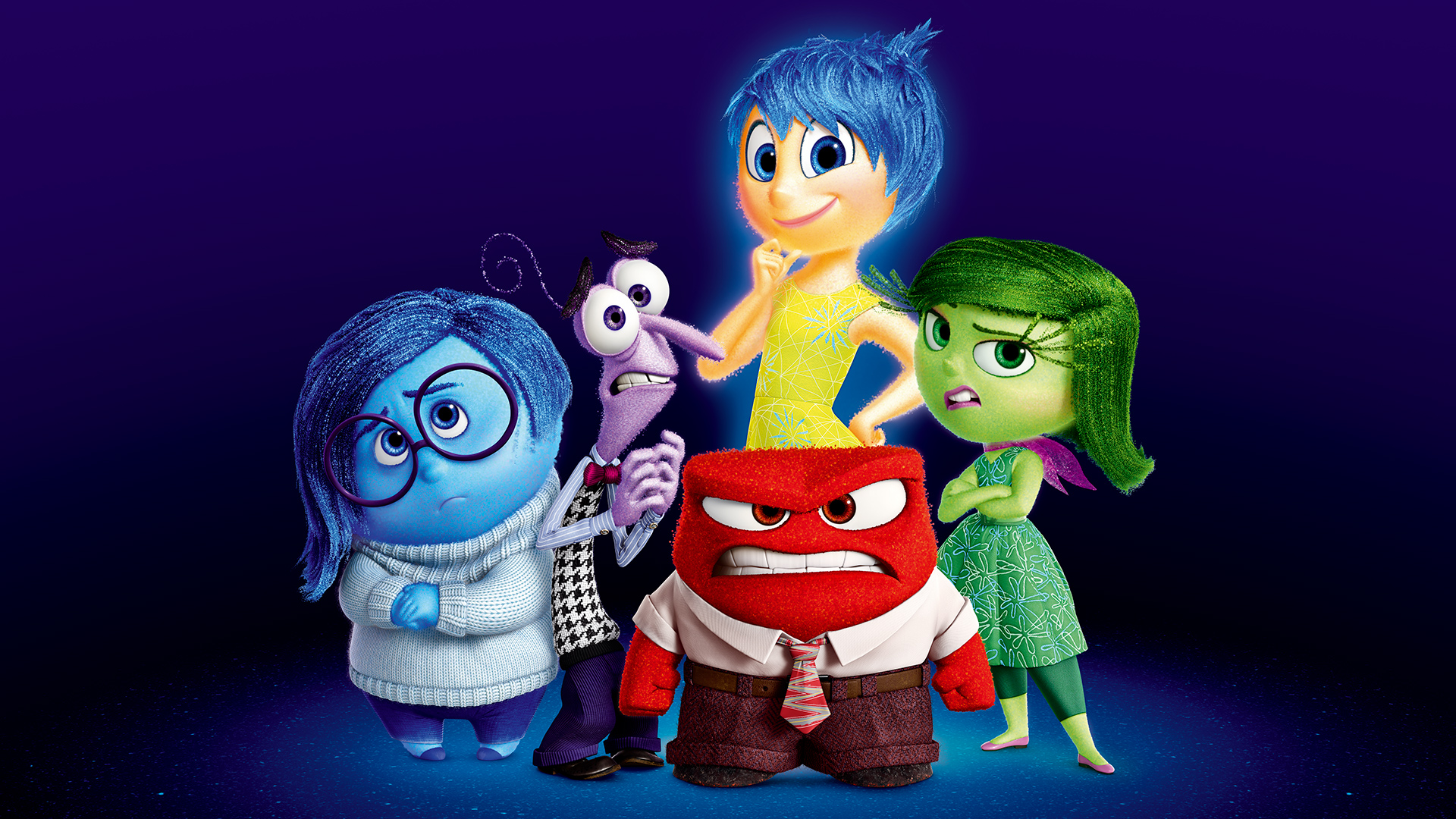 The character design of Inside Out is peerless. Look at all those body shapes!


I am a huge admirer of Pete Docter, who directed Inside Out, Up and Monsters Inc, arguably the Pixar movies with the loftiest concepts and the biggest emotional hooks. Although the circumstances of his hire as Pixar's new Chief Creative Officer were less than ideal, given John Lasseter's undignified exit, the future of the industry's most exciting animation studio couldn't be in better hands. I am a fan of all of Pixar's output - even the Cars movies in some weird, twisted, Stockholm Syndrome sort of way - but I remain in awe at how well-formed and complete Docter's movies feel, at how they leave little room for improvement. They are, essentially, perfect movies.

Inside Out is an easy movie to admire. The idea of a movie set inside the human mind is not particularly original - shout out to all you avid Numbskulls readers - but there can be no denying that no comic, cartoon or movie has ever explored the chaotic concept of consciousness this fully, or this satisfyingly. 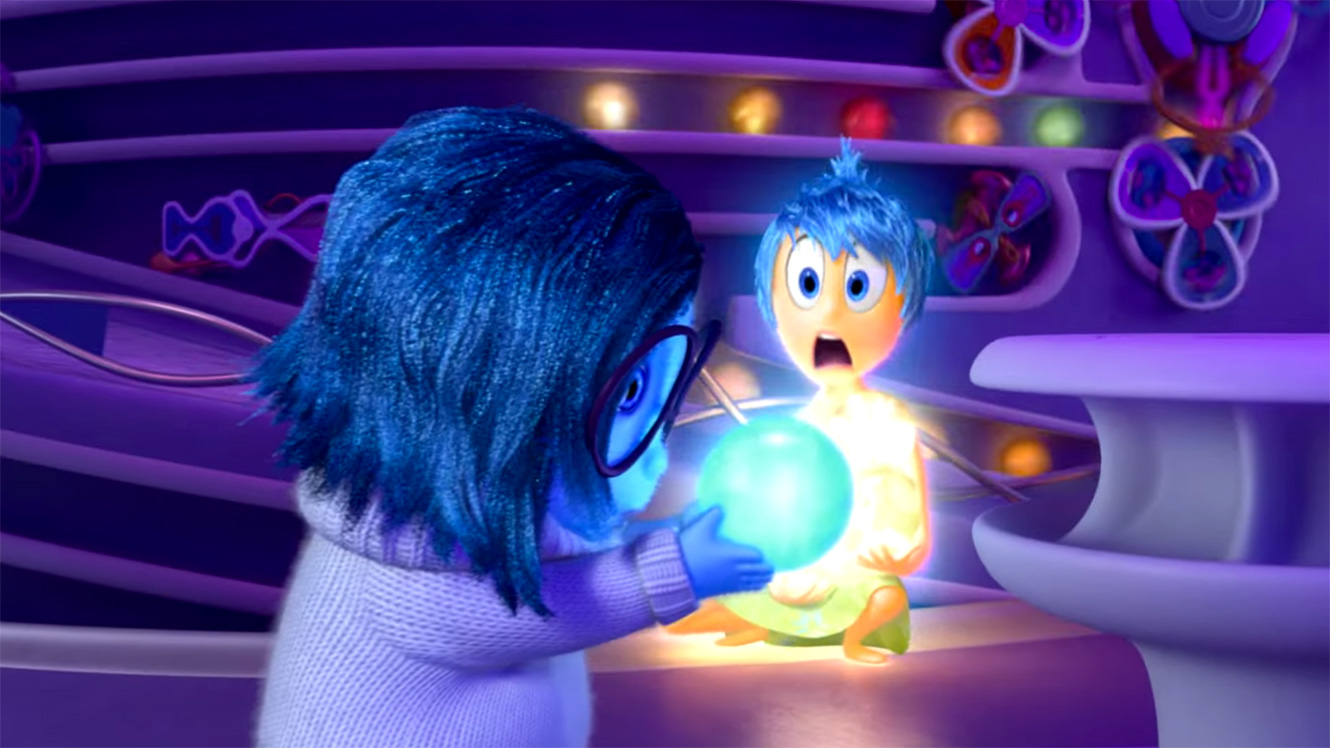 Sadness is basically my two-year-old, who can destroy anything by touching it.


If you watch the behind the scenes bits and bobs on the DVD, or on YouTube or whatever, you'll see just how much work went into Inside Out - and how much got tossed out again. I always get the feeling with Pixar movies that I'm watching an iteration of the concept that's in double figures. Inside Out feels like it went through a hundred different versions. Docter admits in candid backstage footage that the movie was tough to fully comprehend at the start, but I cannot admire more how much work went into its creation and its completion. When I watch Inside Out, I can appreciate just how hard it must have been to rein in a concept this lofty - to throw out the brilliant ideas that just wouldn't fit, to dispense with the amazing characters who just didn't work. I can see the thought processes that went into every decision. Every single one.

It doesn't hurt that the movie is a visual feast too: the production design is superlative and the art direction is to die for - with every new viewing I appreciate another little detail anew. (Today's new discovery: the way Joy seems to be made up of tiny, fizzy little bubbles, and how that doesn't look creepy or weird in any way). I love how sparse the Headquarters are at the beginning, with the birth of Joy and the one-button console, before it becomes this sprawling mass of Rube Goldberg-esque contraptions as Riley gets older. I love the look of the Long-Term Memory library and how it mimics the cerebral cortex of the brain. And I adore the motif of the memory spheres, and how the colours fade. It's a movie that bursts with colour and whimsy at every step. 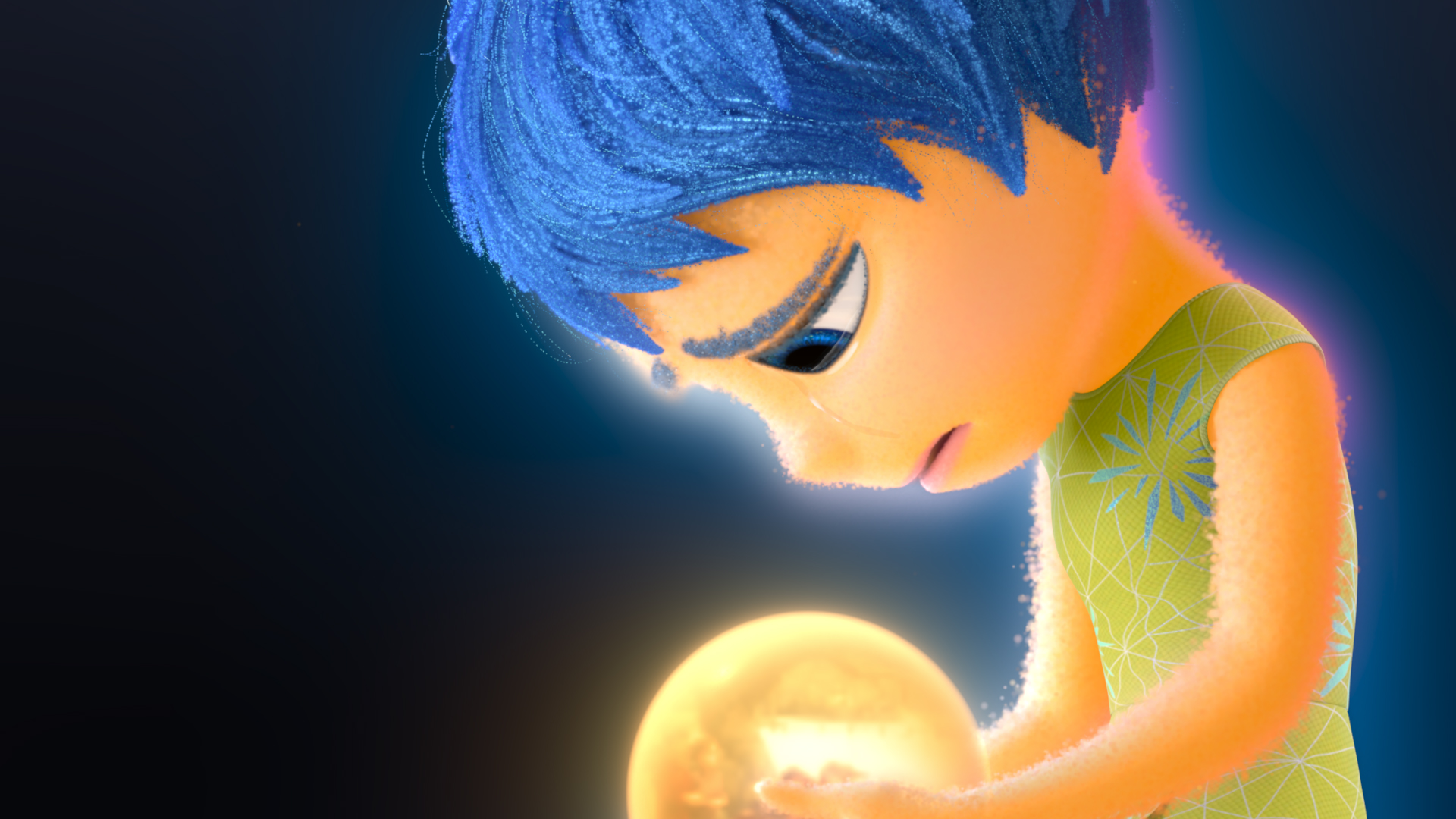 Except when it's making you cry massive heavy tears.


I cannot watch Inside Out without bawling; I've found that the tears begin sooner and sooner each time I watch it. Maybe it's because it's a movie that literally has its emotions front and centre, but man, it gets me every time, several times. Forget Bing Bong's noble death: try Joy, soothing Riley to sleep by silently skating along to a golden memory of her childhood; try Joy finally discovering what Sadness is good for as she tearfully embraces the essence of Riley; try Riley herself, finally reunited with Joy and Sadness, melting into her parents' embrace, the relief of her aborted runaway attempt etching itself onto her face in the form of a sorrowful smile. Oh damn. Excuse me for a moment.

More:  Inside Out  Pixar  Disney  Pete Docter  Ronnie Del Carmen  Amy Poehler
Follow us on Twitter @The_Shiznit for more fun features, film reviews and occasional commentary on what the best type of crisps are.
We are using Patreon to cover our hosting fees. So please consider chucking a few digital pennies our way by clicking on this link. Thanks!