Marvel movies. Remember those? We do. Thirteen months after we discussed Ant-Man, we are finally ready to officially kick off Phase 3 of Marvel's Cine-CHAT-ic Universe. It's not like the world has had any distracting major events or global catastrophes over that time period or anything.

I never saw it at the cinema though. For some reason my parents got me it on DVD for Christmas, despite a) never showing any interest in these films, b) specifically messaging all my family to tell them if they do risk buying a film for me for Christmas then in must be on blu-ray. This is worse than the time they got me an Ang Lee-directed Woodstock film.

It would be quicker to do this a a podcast. But then people would hear the desperation for it to all end in our voices.

Ed: Oh good it's on Netflix, will watch it later. 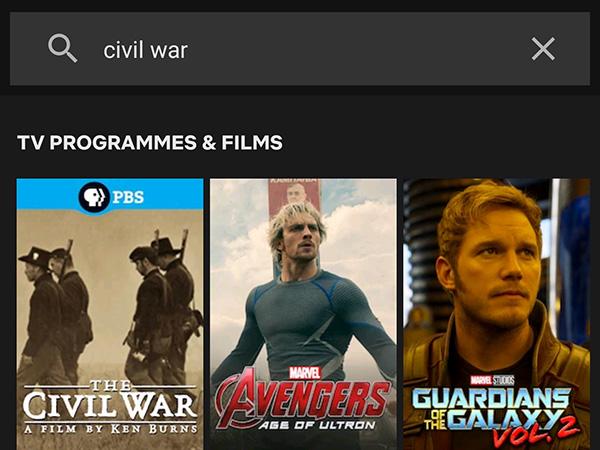 Luke: Is Ken Burns the one with mutant arsonist powers?

Becky: That second pic looks like it says Ass of Ultron, which is correct.

Ali: Has everyone watched it yet or have we entirely given up on the concept? Although I have probably done it in the past, I am not really one for ranking the Marvel movies in any particular order, because it's quite self-defeating and my preferences change over time depending on what I want to watch. But I think Civil War would probably consistently be in my top 3. It has everything I want from an Avengers movie, with the added benefit of not actually being an Avengers movie - it has all the action and punch-ups and crotch-kicking you want to see from a spectacular tentpole, but a singular focus. Basically I love it dearly and I want Cap's babies. Give me your spectacular tentpole, Rogers.

Matt: I have to admit I'm a little torn over this one. There are lots of factors that make this a tougher watch for me, but they all amount to the same thing: the actual premise is a hard thing to get behind. This is a film about creating a rift between the Avengers, which means for most of the film there's no clear antagonist. They cover it up well: we know that Daniel Bruhl is up to something, but we have no idea what. Bucky is set up as the ACTUAL antagonist, although we know that he's not so we cant quite get on board with that idea... there's just no immediate conflict. Only an unsettling internal one that grows over the course of the film.

There's nothing wrong with that, of course, but it's a hard sell in this franchise. Hey, kids, you know both of those superheroes you love and aspire to and root for? Well now they hate each other. PICK ONE.

It makes this one of the few MCU films that I find hard to rewatch again and again.... all apart from the airport fight. In fact anything from the moment QUEENS flashes up on screen to War Machine falling out of the sky is pure gold for me. It's my favourite sequence across the whole set of movies and I would argue that it's better choreographed, more fun and a more interesting use of the whole ensemble than anything that happens in Infinity War and Endgame, albeit with far fewer characters. Pure joy.

But the rest of the film? Oof. Tough. 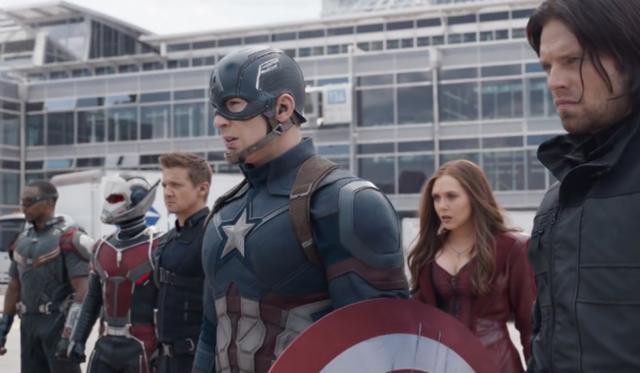 
Luke: I was really confused because I didn't know Ant-Man could get big too.

Matt: It's the first time he does though. He basically explains it in the film at the exact moment it happens as 'a new thing they've been working on'.

Luke: I don't know these things, Matt. Can he keep getting bigger in the same way he can keep going smaller?

Ali: It's explained in the movie, Luke. He can only hold it for a short while. HELLO it's SCIENCE.

Luke: Idk they keep inventing these new things from nowhere. Can they invent a way to make him hold it longer? Can they put the infinity gems in his bum and he makes himself small again? I should probably rewatch it, in high def this time too.

Ali: See, I think the conflict is very well integrated into the story. It's a luxury that no other franchise can afford - to base entire stories, character motivations and events around things that happened in previous movies. So you have a direct connection to the events in Sokovia from Age of Ultron influencing the plot of this movie, meaning there's no need to spunk the whole first act creating a crisis to break the team apart. It feels very natural to me, and it asks questions regarding accountability that very few superhero movies do. Also it's a simple conflict to understand - you either work for the government or you go rogue - and yet there's no obvious side to pick.

Matt: But that's the thing - not knowing which side to pick makes this a harder watch than just Avenger Good/Monster Bad. And that's ok - you're right, its a brave and mature thing to explore in this kind of film - but I think it spends too much time establishing the dilemma rather than letting us see the consequences play out. We see the characters talk about hypothetical issues that arise from the Accords rather than have them experience them directly. This film is 20% action, 80% debate.

Imagine this scenario instead: The Sokovia Accords are signed by everyone at the start of the film, even if some don't agree with it entirely, and then the fight with the (whatever) Big Bad that they have at the end of the film directly brings those Sokovia Accords into play - the consequences of each Avenger choosing to abide by the Accords or 'do the right thing' is what leaves Team Stark and Team Cap separated. That just feels more dynamic to me than arguing over the ethics in a conference room.

And I think the biggest problem this film has it that the catalyst that breaks Cap and Stark apart is the discovery that Bucky killed Tony's parents, but this doesn't track back to the Sokovia Accords. It has nothing to do with accountability or the different ideologies that separate the characters. It's just a different plot-line throughout the film that is trying to serve the same purpose: to break the Avengers up. I don't know. I think the film handles the themes really well, but there's certainly something a bit muddled about how it gets to where it does by the end.

Ed: It's about the tension between public and private agency though, right? Which Man of Steel sort of flirted with as an interesting idea (is it necessarily a good thing that this alien is here to protect us but does so entirely under his own steam and isn't accountable to us? Should we nationalise Superman and run him like we did the railways in the seventies?)

Tony thinks the Avengers' powers are best discharged in the private sector: he's happy enough to fund it but in return doesn't want to answer for his methods or give up rights to his tech. Cap is a strange American hero in that he's a Big Government guy; he trusts in the apparatus of the state and thinks his powers should be directed by it. Most traditional American heroes fit more of a libertarian, Clint Eastwood-style model: do it yourself, don't rely on help from anyone else.

All of this is an interesting direction for a superhero film to take and I suppose highlights the depth of the franchise: it's got so much time and space to develop ideas that it can afford to spend a whole film asking a key question about superhero accountability. With a big punch-up at the end, natch.

Ali: This would be a very interesting point if you hadn't got it back to front - it's Tony Stark who is in favour of accountability and oversight and it's Captain America who thinks that oversight comes with agendas and that the Avengers should operate independently. Jesus, Ed, why are you part of the book club if you're not even going to read the book?

Ed: Oh is it? Yeah haven't seen it since Christmas Eve 2016, just remember the key takeaway. Anyway it was the sort of thing a clever person might say so I think we can all agree that's the most important thing.

Ali: You made those points with such conviction, though. Very much from the Nigel Farage school of politics. Next I suppose you'll be telling me that the villain in Civil War is a metaphor for George Soros.

Ed: If there's one thing I've learned from politics over the last three years, it's that sticking to your argument despite overwhelming evidence that it based on faulty evidence and without merit is what gets results. Therefore I stand by everything I said. You've all got it wrong. 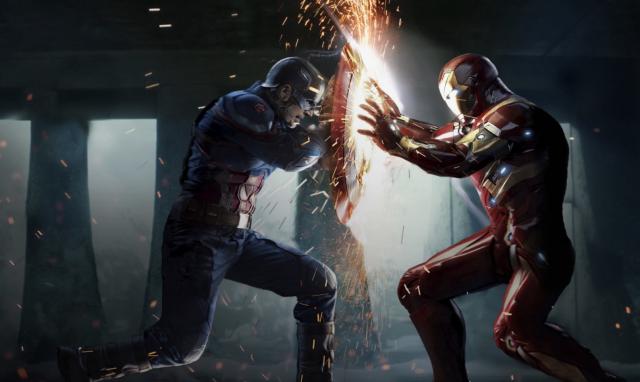 I don't agree with Matt's point that you have to pick one side - we clearly shown are not everything is as black and white as that. Everyone wants the same thing, but in different ways. If Captain America was a true, whiter than white hero, he wouldn’t mind being under regulation but he’s compelled to save his friend, so he’s more flawed than we thought. And going by the same premise, you'd think Tony Stark, Head of a massive corporation, wouldn't want to be controlled but he’s driven by guilt. The big bad here is emotion, guys and I'm shocked none of you have picked up on that. Shocked.

Luke: This is the lull. The end of act two period of no hope. The bit with Hawkeye's family.

More:  Marvel  Cinechatic Universe  Captain America  Anthony Russo  Joe Russo  Chris Evans  Robert Downey Jr  Chadwick Boseman  Tom Holland
Follow us on Twitter @The_Shiznit for more fun features, film reviews and occasional commentary on what the best type of crisps are.
We are using Patreon to cover our hosting fees. So please consider chucking a few digital pennies our way by clicking on this link. Thanks!