This week I had a breakthrough: I realised that the one person I thought was called Riyonn-Mark is in fact two people, one called Riyonn and one called Ryan-Mark. Stay tuned to find out whether there's another one called Mark.

The scavenger hunt: a well-worn Apprentice staple, designed to let contestants demonstrate key transferable skills like running in a suit and/or heels in order to get to an allotted meeting point by an arbitrarily-imposed deadline, and haggling with shop assistants who have no incentive at all to sell items for less than the stickered price, and yet do because they're on TV.

Today, it's Oxford and Cambridge, because universities or something. I note from the "Previously on..." that they were told this last week via a surprise visit from Lord Sugar immediately after the last task, and wonder what special circumstances made this necessary. None are alluded to; I presume it's another of his contractually-agreed weeks where he's off on "very important business", like sending a tweet that makes crass generalisations about an ethnic minority, arguing for a couple of hours that everyone disagreeing with him should "bloody grow up", then eventually deleting it and issuing a grudging non-apology. 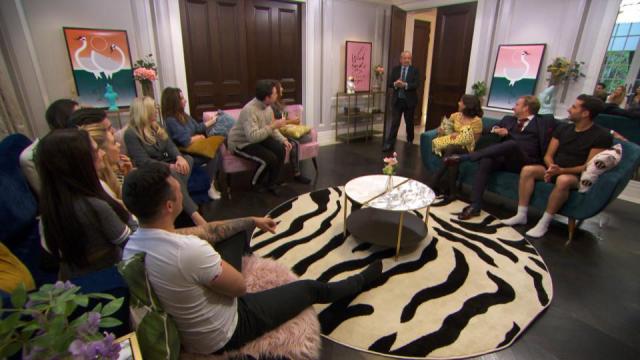 "Hello, do you have five minutes to talk about Jesus?"


They must collect nine items in each city. I realise, now it's three hours since I watched it and I'm in the library and can't check, not that it would make the least difference if I did, that I don't know whether they split it up one team per city, or whether on each team one subteam went to Oxford and the other Cambridge. Somehow we'll have to muddle through.

An American woman called Marianne puts herself forward as PM for one lot. As per how it usually goes over the first six weeks or so, I can't recall her appearing in any previous episodes. Whenever I say this it feels like self-conscious hyperbole, and it's perfectly probable that if I went back and read the last two recaps I've written over the last month I'd find whole paragraphs dedicated to her. But I can say straight-facedly that I have no memory of her existence. Perhaps they do just introduce new candidates after the first month without a word of explanation, and none of us notices, so jaded are we and so uniform the contestants. Perhaps this is one of those BBC scandals, like how Attenborough didn't go to Antarctica, or how there was a million-strong People's Vote march and the biased MSM British Brexit Corporation completely failed to cover it, other than featuring it as the top story one of the highest-traffic news websites in the world and leading with it on the six o'clock news.

Ryan-Mark, whose name I didn't discover until near the end of the episode and so I had referred to in my notes as "Count Duckula" after he wore a jacket draped over his shoulders in episode 3, puts himself forward in a half-hearted way for the other team on the grounds that he once went on a school trip to Oxford, but then votes for Jemelin rather than himself. He is the archetypal back-seat coaster, doing and saying little for the first six weeks or so then hoping to find it easier to swim in a shallower pool, a tactic contestants still employ despite it never having worked in the, God, the four years I've watched it.

The items are generally things they've never heard of, which is sort of the point, and I suppose in a roundabout sort of way it's a task that does test your ability to solve problems under pressure. Lottie leads a subteam of Thomas and one of the Lewis-Deans, giving them quite detailed instructions on how she wants them to negotiate a price when buying eggs, then standing next to them while they do it and interrupting them. I am torn on this: while broadly everybody I have ever met who works in sales is a total, total pillock, they do tend to be fairly good at selling and negotiating, so you might as well let them get on with it. 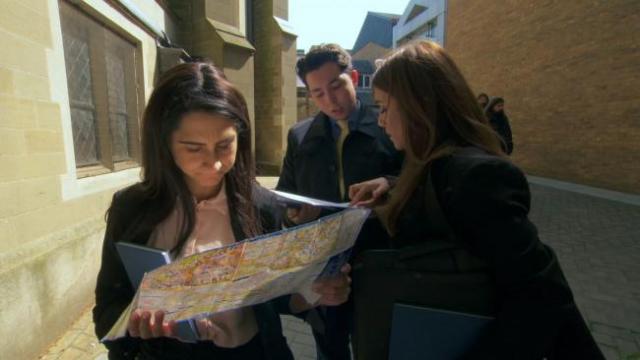 "OK, there's a Greek restaurant on the next street but there's no link to the customer reviews."


At the same time, there is a telling insight into Thomas's negotiation technique when he later tries to haggle for a quant (me neither). He offers the man £40. The man suggests 50. "Forty," Thomas replies, before delivering the coup de grâce, "and I'll shake your hand and walk away." As experts in negotiation will have twigged, he's just saying the same price again, throwing in the sweetener of a free handshake on top of it, which the vendor might reasonably have expected to be included as a matter of course.

So they find some stuff but not other stuff, and some shopkeepers and a librarian have to endure their haggling for a bit, then it's all back to ours and we'll do some pills and stick on some Aphex Twin, yeah no, one of the early ones, you know like the industrial shit, what's your name again, Lewis, right? Oh yeah, Dean, right, safe, safe.

Thomas says "eggs" and everyone laughs: he's the only one whose manner can actually bring out good-naturedness in others and I appreciate him. Sugar says something about someone thinking quant was a Latin swearword. I suppose the writer must've been trying to play on its similarity to "quim", which isn't Latin, so as usual it's one remove from actually working as a joke. The basic misunderstanding of how jokes work isn't among The Apprentice's most serious crimes, but it doesn't half grate on me, a bit like when I saw one of those Eleanor Rigby memes on Twitter this week where the writer had left out three syllables so it didn't scan, and yet all the replies were like "OMG this is PERFECT" but it WASN'T and they'd GOT IT WRONG and yet if I'd pointed this out then somehow I'D have been the one with no sense of humour when all I'd have been doing was IMPROVING everyone else's sense of humour by making sure they DID IT PROPERLY.

Marianne's team wins and they go rowing.
Who gets fired?

Jemelin brings back Ryan Man and Ryan Man 2. "You're a bad leader and a bad manager," Ryan-Mark tells her, which is pretty straightforwardly insulting and not especially constructive. This part of the show, I've only just realised, is what in your workplace you might have attended as a "lessons learned" or "wash-up" meeting at the end of a project, in which you assess how things could've been improved and build on them for your next one. While it's fair to say that in most places I've worked no one particularly wants to go to these because they've already started working on the next thing and are hard at work screwing that up too, they rarely descend into outright name-calling.

Sugar likens Ryan-Mark to "what I call a weathercock" (that's just what they're called, mate), points out that they paid fifty pounds more for their antique book than the other team did, ignoring the fact that they were different books and therefore not necessarily going to be priced identically, then fires Riyonn, leaving Ryan-Mark, Ryan Giggs and Ryan Reynolds to fight another day.
Does he thank him?

"Thank you so much," he says, sounding fairly sincere, before enduring a torturous half-hour trying to explain to the security guy on BBC reception to whom he's handed his pass that there are actually two Ryans and he's one of them before being allowed out.

Next week: they all have to run RyanAir.