2009 will be remembered as a great year for cinema. Sci-fi underwent a renaissance the kind of which hasn't been seen since the seventies. 3D made a comeback, and Avatar almost made it worthwhile. This was a year that saw old favourites return with new polish, as well as the dawn of brave new worlds which we'll no doubt return to more than once.

This list comprises of 20 of our favourite movies from the last twelve months, and though it is numbered, you can reinterpret it in any order you like and still have a dynamite selection of films. Hopefully you had as much fun watching them as we did writing about them: here's to 2009, and may 2010 bring yet more delights. All that's left is to begin the countdown... 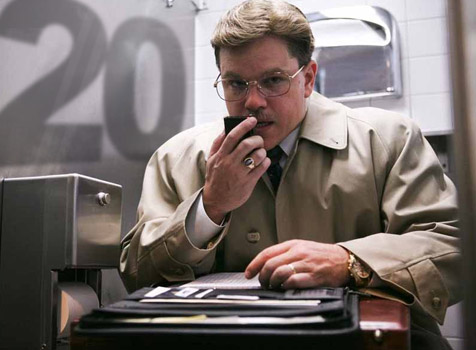 Steven Soderbergh is a filmmaker who isn't afraid to show his work - sometimes you end up with a perfect formula (Traffic, Erin Brockovich) but often you end up with scribbled notes in the margin (Full Frontal, Bubble). The Informant! doesn't quite qualify as either one of his large studio pictures or one of his experimental indies, but falls somewhere between the two: it's the beguiling mix of A-list star playing Z-list chancer that justifies that mandatory exclamation mark.

As real-life corporate whistleblower Mark Whitacre, Damon deftly disappears into a middle-class, pudgy, delusional fantasist, when he decides to involve the authorities in his company's illegal activities. Like the most mundane spy thriller you ever saw, The Informant! is a masterclass in slow-burn cringe and expertly observed character comedy. Damon, predictably, is a hoot: it turns out there really is nothing he can't do. Ali

Defining moment: Whitacre casually opens his wired briefcase and begins testing the hidden microphone inside while sat round a meeting room table with the co-workers he's trying to entrap. 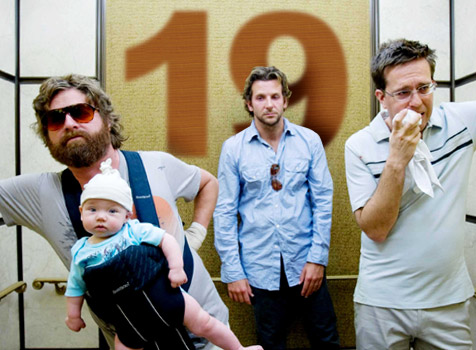 For a comedy with a largely unknown central cast, The Hangover came burdened with a huge amount of expectation. So confident were they of the movie's impending domination of the box office that studio execs green-lit a sequel prior to the flick's theatrical release. But rather than the almost inevitable disappointment, the flick failed to wilt under the pressure, and instead rocked up packed with laughs, intrigue, cool, and ultimately, heart.

Bradley Cooper again proved that he is better than the slight roles he has occupied in the likes of Yes Man and Wedding Crashers, and a toothless Ed Helms made the jump from Jon Stewart's The Daily Show even more slickly than Steve Carell. But the real star is the screenplay, which, without such a deft touch, could have seemed like a writers' room throwing comedy excrement at a wall to see what stuck. Watching it is less like having a hangover, and more like waking up on the sofa after one too many pints, blinking in the sunlight, and realising you've totally got away with it. Rich

Defining moment: The guys bundle Mike Tyson's tiger into their stolen police car, but not before pretending to bum it first. 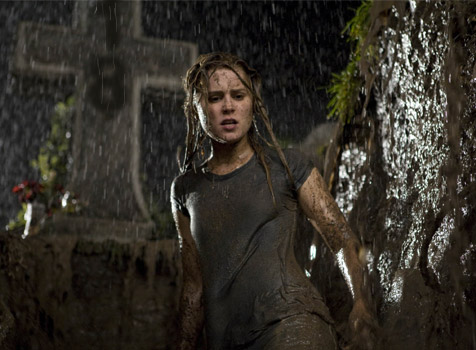 After the critical bashing of Spider-Man 3, it was no real surprise that Sam Raimi decided to go back to his Evil Dead roots to make a comedy horror film with shedloads of gore and silliness. What was a surprise was how a plot so routinely simple could be so imaginatively executed, and how a film so utterly ridiculous could be so delightfully enjoyable.

At a time when every Tom, Dick and Rob Zombie are providing run-of-the-mill shocks one minute and bloody severed limbs the next, Raimi's perfect marriage of traditional horror and black humour was the welcome remedy we didn't realise we needed. With trademark camera gimmickry and goofy set-pieces, every second of film is exploited for maximum entertainment, whether it is to make us laugh or jump. Drag Me to Hell reminds us, and hopefully Raimi himself, that his best work is when working without studio interference. Here's hoping it is a lesson he takes with him to the set of Spider-Man 4. Matt 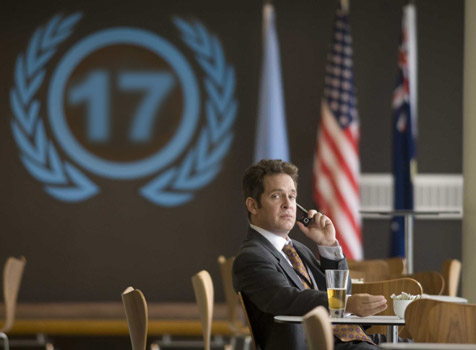 Devotees of Armando Iannucci's merciless satire The Thick Of It rubbed their hands with glee as the concept was taken global back in April. The script is glorious, peppered with poetic tirades of the most imaginative swearing ever to grace the silver screen. Peter Capaldi's Malcolm Tucker almost met his match in James Gandolfini's warmongering American General. Tucker held his own with big boys on the world stage, tearing through them like an unstoppable tornado with a great big pulsating vein at its temple.

While Capaldi is undeniably the highlight of the cast list, there are also star turns from Tom Hollander (whose buffoonery is the catalyst for the events in the film), Steve Coogan, Gina McKee, Chris Addison and Anna Chlumsky (remember her?). This is the best comedy of the year, but at its heart sits depressing plausibility and the horrifying prospect that it captures those who make decisions on our behalf perfectly. Iannucci is the thorn in the side of the political establishment; long may he continue being a prick.'Anna 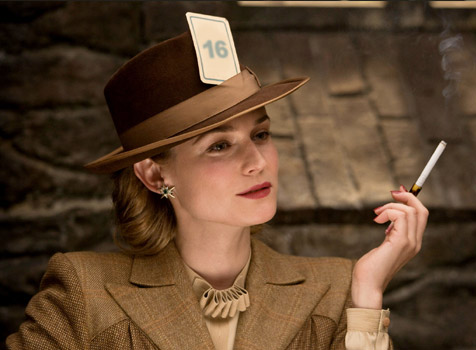 When it comes to year end Top 20 lists, Quentin Tarantino flicks are the deadest of certs. Basterds (or 'Inglourious' as it was amusingly known in pre-watershed TV ads) is everything you'd expect of a QT film. The dialogue positively sparkles, the entire cast pulls an absolute blinder, the soundtrack hits all the right notes and the plot twists and turns as it barrels across an alternate World War II Europe towards a glorious finale in which each narrative thread is neatly tied up in a fiery celluloid bow.

Ironically, while the Jews are racked with turmoil and the various gentile Nazis seethe, the only characters who feel less than fully developed are the Basterds themselves. That said, a Nazi-killer's motivation is largely self-explanatory, so leaving these guys as sketches allows a greater focus on the more interesting Colonel Hans Landa (played with menace and grace by Christoph Waltz), and Shosanna, the real heroine of the piece. Brad Pitt and pals may be basterds, but they certainly ain't inglourious. Rich

Defining moment: The unbearably tense showdown in 'La Louisiane'; for once, listening to Tarantino rattle off reams of dialogue pays off. Punctuated by perhaps cinema's shortest, most shocking action sequence, too.