For how much longer can superhero films rule the box office? Everyone's waiting for comic-book movies to implode, and while it probably won't happen with one disastrous misfire that has a big Comic Sans 'Ker-dunk!' hanging overhead, this second Avengers assembly would seem like the logical start of a more gradual decline. After all, genre fatigue is already setting in, and The Avengers' USP - superhero all-stars teaming up for one mega-big movie - is no longer a fresh, never-before-seen idea. Just in terms of living up to the sheer excitement levels of its predecessors, Avengers: Age Of Ultron would already seem like a failure.


But is it fair to judge a film based on anticipation and genre bias rather than on its own merits? This sequel was always going to act as an ambassador for Marvel's now-overfamiliar universe but actually, on its own terms, it is one of the few MCU films that stands apart from its wider franchise-expanding context.

Surprisingly, considering Marvel's planned slate - and thankfully, for those sick of cliffhangers, loose threads and post-credits teasers - this is a pretty self-contained film. For once, we're just watching a good old-fashioned blockbuster in which The Avengers just get to be The Avengers. And, as a result, it stands as one of Marvel’s clear best

When Joss Whedon was hired back in 2010 to write and direct the first Avengers film, it seemed to be on the basis of his ability to write for an ensemble cast. As though he and he alone were capable of pulling together all the pieces from the previous films and making them work together as a cohesive origin story. If that was the case then, here it seems like Whedon is finally enjoying the pay-off for all his previous hard work. Case in point, there's no assembly required at the start of this movie, just a cold opening action sequence of the fully formed team doing what they do best. If the start of this film says anything at all, it tells us that Whedon isn't interested in acting as the MCU conductor once again. He has a story to tell and he's here to have fun with it. 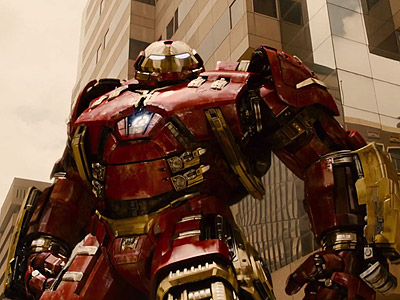 
And yet, while that implies that this sequel has the same gag-to-smash ratio as the joyous first film, that's actually not the case. There are lots of fan-pleasing, audience-howling moments, but overall this is a much darker, more mature story. And if you didn't already know, that means it falls right into Whedon’s wheelhouse.

It's all down to his characterisation. This is a film in which everyone has a clear identity and every action, every word of dialogue, feels like it fits each corresponding character perfectly: Stark is the reckless, over-confident engineer who is trying to actually win the fight against evil, Steve Rogers is the righteous soldier who understands that his is a neverending job of saving already-endangered lives rather than trying to safeguard against a hypothetical future threat, Bruce Banner is the reluctant participant whose rage-monster outings eat away at his conscience, and so forth.

Even when we take a break from action and drama for a fun-filled party scene, all the Avengers are perfectly playful in their respective roles. Even to the point where, instead of having throwaway lines explain the absences of Stark and Thor’s other halves, they resort to a game of one-upmanship about which is better. It's one brilliant moment out of a whole host of sharply observed scenes, and you know there's strong scripting at work when at no point does the dialogue ever feel interchangeable between characters. 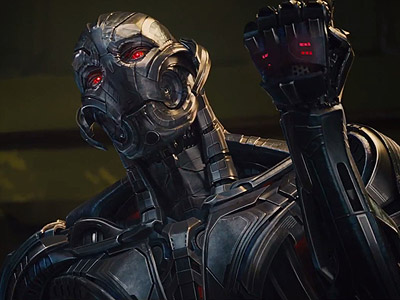 The rock ballad air-grab, however, was not on the page.


The real surprises come with the supporting cast though. Considering their top billing, Iron Man and Captain America actually seem to be more downplayed than we’re used to and, instead, many of the best moments are given to the least likely of characters.

In particular, after becoming something of an Aquaman-esque joke for his relative ineffectiveness in the first film, Hawkeye is elevated to a leading role here, his place among the superteam perfectly justified to become one of the most valuable - and dare I say it, best - Avengers. Meanwhile, a blossoming romance between Black Widow and Banner might not immediately ring true, but it is played as a desire for companionship rather than a tale of true love and one particularly frank dialogue scene reveals a tragic common ground between the pair that helps to sell the developing relationship.

There are still an awful lot of components to juggle though, and even the best character-defining moments can’t make up for the sense that some peripheral faces are mere one-dimensional plot-servicers. New additions Scarlet Witch and Quicksilver have slightly unclear abilities (handily summarised by Maria Hill as "He’s fast, she’s weird") to go with their sore-thumb Russian accents, but the former’s psycho-fiddling powers allows for some nightmarish visions of each of the Avengers’ own personal fears, which helps to flesh out what drives each one. By the time we get to the late arrival of Vision, played with perfect poise by The Face Of Paul Bettany (formerly The Voice Of Paul Bettany), an already absorbing film is suddenly given an extra boost of awesome by his fascinatingly enigmatic personality. 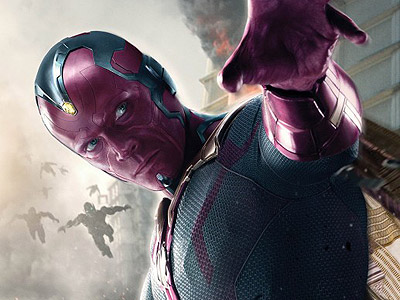 
Then there’s the baddie. One criticism that has been levelled at Marvel recently is how badly underwritten their villains are. Whether it’s a Dark Elf of little consequence, or Ronan The Accuser who doesn’t do much more than his name suggests, Marvel villains tend to have muddled motives and a confused plan to rule/punish/destroy the world, a side effect of all focus going on the hero.

Ultron, however, is a captivating and formidable foe. His motives are clear – bring peace to the world by making the human race extinct – and as a newly born A.I., he doesn’t fall into easy evil computer stereotypes. In an unusually well-realised depiction of a sentient consciousness coming into being, he is quirky, witty at times and, at others, flying into a rage as he learns to deal with raw emotions for the first time. Also, Spader’s playful, authoritative voice is a perfect fit for the eccentricities of a newly created being still getting used to – and constantly upgrading – his body. Even if the mo-capped lips take a bit of getting used to.

Even better, Ultron's ultimate nefarious scheme is actually genius in its simplicity, making for an original, high-stakes final act. Not only does this epic conclusion allow for some deliberate Man Of Steel ribbing as The Avengers prioritise the safety of countless civilians caught in the crossfire, but it is a high-pressured climactic battle that carries more weight than the usual Marvel mayhem (which usually just gets resolved by one lot of CGI being brighter than another lot of CGI).

There are, inevitably, slight niggles, the chief of which is a scene that sees Thor descend shirtlessly into a rock pool in order to get some kind of premonition, only for none of it to really make sense because it has clearly been edited short for the sake of the running time. 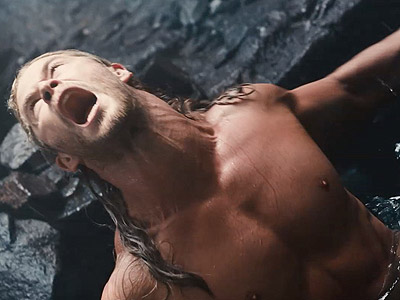 
Any other major faults that the film has - the constant glib remarks, the typical final assault finale, the fact that The Avengers are fighting yet another army of disposable minions - are more a problem with the blockbuster model than something that this film can ever really escape (after all, you can't have all 10 Avengers fighting just one guy). But where there are tropes, Whedon goes out of his way to subvert them, making for a few surprises come the film's end.

Most importantly though, along the way the film is packed with super-satisfying moments. From cool slow-motion extended fight sequences, to brilliant character exchanges, to hilarious one-liners to the much-anticipated epic and somehow-still-funny Hulkbuster fight.

There will always be a lot of love for any origin tale, and as such this film may not be regarded as fondly as Avengers Assemble, but in terms of showing a cut-out-and-keep story of the fully-formed superhero team dealing with a global threat, this is comic-book perfection. As such, it's not just better than the first Avengers movie, but with the two-part sequels no doubt dealing with consequences that will forever shake up the rest of the MCU output, it is likely that this is the best Avengers movie that we'll ever see.

More:  Avengers Age Of Ultron  Avengers  Joss Whedon  Marvel  Robert Downey Jr  Chris Evans  Mark Ruffalo  Scarlett Johansson  Chris Hemsworth
Follow us on Twitter @The_Shiznit for more fun features, film reviews and occasional commentary on what the best type of crisps are.
We are using Patreon to cover our hosting fees. So please consider chucking a few digital pennies our way by clicking on this link. Thanks!