Review: Star Wars: The Rise Of Skywalker is good, but conflicted 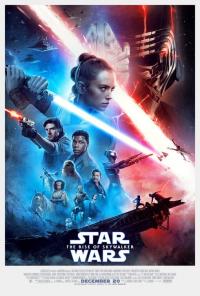 There’s no denying that Star Wars: The Last Jedi created a massive disturbance in the force, as if a million voices suddenly cried out in entitled outrage and were suddenly empowered to act like total asshats on Twitter. All Rian Johnson really did was evolve his film beyond the tropes, cliches and traditions that have become the hallmarks of every episode in the saga until that point. Bury the past - or literally burn it down - and move on. Forget the old and make way for the new, otherwise how can there be any progress? After all, "we are," muses Yoda, "what they grow beyond". But if that proved a divisive move, then what JJ Abrams does with this final instalment is equally controversial: ignore that new approach entirely and return to the safe familiarity of the old template. There’s important plot development, of course, but it is housed within a return to the brand adherence and fan service that The Force Awakens originally offered. Skywalker rises, but Episode 9 of 9 simply stays on target.


There’s nothing wrong with that either of course, but since The Last Jedi posed the question about what audiences should really want from a new Star Wars film, this follow-up feels like a lack of conviction from the franchise as a whole. This is despite the film, on its own merits, being just about the best possible version of a final Star Wars film imaginable under the circumstances.

In any case, after the last film, it's difficult not to see this as an almost apologetic ode to the SW universe with fans kept firmly in mind. As a result though, from an overall story arc perspective, it is a hugely satisfying last chapter that dovetails the new and the original trilogy into one final showdown. There’s real evolution for the original concept as the Jedi and Sith mythologies are explored and enhanced. There’s a pleasing mix of great new characters (droid D-0 and tiny alien Babu Frik are both brilliant adorable) and (some unexpected) familiar faces. There’s also a whole host of real goosebump moments - both air-punchy and lip-wobbly. There's adventure! Excitement! And other things that Jedi aren't supposed to crave! Ultimately, it feels epic and spectacular, which is no mean feat when everyone seeing this film is going in expecting epic and spectacular. 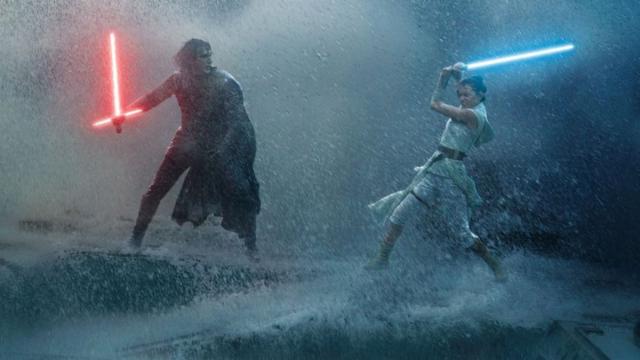 Finally, validation for the old lady that warned "there's a storm coming" back in Episode I.


Perhaps most importantly, those hoping for big revelations won’t be disappointed, as this film finally makes good on the promise and conflict first set out in Abrams’ last foray far, far away. That some developments are actually unexpected, considering this movie has had every inch of it second-guessed on a daily basis for the past two years, makes them all the more satisfying.

"
"
This just points to a lack of planning and foresight from Disney
Otherwise, though, it’s easy to see where The Last Jedi left several challenges to overcome here. In order to steer the franchise round again and really stick the landing for a fulfilling conclusion, Abrams has obviously had to create some workarounds. Not wanting to pick up exactly where that film left off, the first 40 minutes or so basically acts as the film’s own set-up, establishing a time jump, a current status for all involved, a (re)introduction of Emperor Palpatine as the new/old big bad, and a mission for our main heroes to embark on a series of quests. These scenes are rushed through with all the momentum of a fully operational hyperdrive, with no pause for breath or reflection. It’s genuinely quite difficult to keep up with. 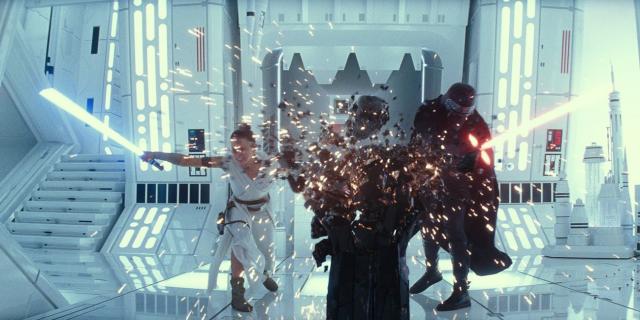 
Curiously, threads that were left hanging at the end of the last film continue dangling without being addressed here, and as a result, Kelly Marie Tran’s Rose - easily one of the best things in The Last Jedi - is frustratingly sidelined. Meanwhile, the (re)appearance of Palpatine feels off against the overall pacing of the new trilogy, as though the franchise suddenly realised that the death of Snoke left a giant baddie-shaped hole that had to be quickly plugged in order to reach a high-stakes climax. Surely it would have been better to sow seeds for this earlier, and the fact that this didn’t happen just points to a lack of planning and foresight from Disney.

Still, this is all part of the fun, right? Pointing at flaws, arguing over off-screen details, suggesting how things should have been rewritten... this is what it really means to watch a Star Wars film, isn’t it? These are the REAL hallmarks of the franchise. Maybe Rian Johnson had it right all along?

Additional observations
- There is a moment that happens early on between Finn and Rey that results in an unanswered question. There's even a couple of callbacks to it later on. But then... never again, and we never actually get a resolution to it. It's like it got removed in the last draft of the script and everyone forgot about it.
- There's one great moment of justice for Chewie that got one of the biggest cheers of the film, and it's such a small, token scene. PEOPLE REALLY CARE ABOUT THIS SHIT.
- There's something really thrilling about seeing Rey as a full powered, fully-fledged Jedi. She is awesome. That is all.
- All the Carrie Fisher scenes are handled really well considering they're mostly pulled together from unused footage of the previous films. If you didn't know that was the case, you wouldn't even notice the compromises and technical wizardry that must have occurred to make it all work.

More:  Star Wars The Rise Of Skywalker  Star Wars  JJ Abrams  Daisy Ridley  John Boyega  Adam Driver Oscar Isaac  Mark Hamill  Carrie Fisher
Follow us on Twitter @The_Shiznit for more fun features, film reviews and occasional commentary on what the best type of crisps are.
We are using Patreon to cover our hosting fees. So please consider chucking a few digital pennies our way by clicking on this link. Thanks!