Hello loyal readers and congratulations for making it to the final stages of 2014: all that remains is to square off with the grimly inevitable end-of-year boss.


The process of collating our Top 20 films each year gets more difficult with each new calendar I buy. Time was, I'd spend aeons narrowing down the films I saw to a shortlist, ordering and reordering it, sometimes creating artificial drama for an audience of one by making daring, last-minute replacements, shocking myself at my own audacious choices. This year, I'm not even sure if I saw 20 movies total at the cinema. (*tugs collar*)

So we decided to change tack this year, and rather than create a subjective list of the best films of 2014, we thought we'd collect the best scenes - that opens up the field to include average films that nonetheless had stand-out moments. This also subtly covers my tracks so I still look like a real blogger whose opinions are worth a damn. I guess. You tell me. Sorry for the ones that have no videos, I checked YouTube but no dice. It's probably Sony's fault, everything else is. 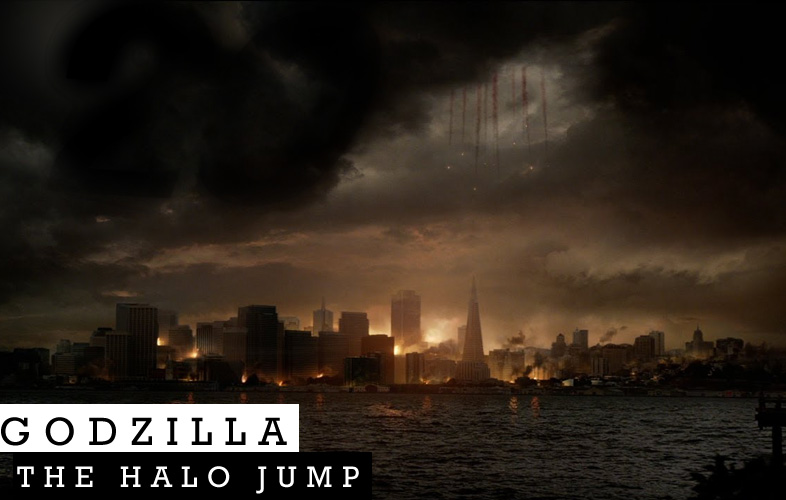 Yes, yes, let's get it out the way before some sort of 'gate' begins to form: as great as the Godzilla design was, and despite a few neat touches, Gareth Edwards' effort at another kickstarting of an American strand of the series was a tad boring and safe. Maybe that was the idea but in any case, there, I said it. But we're here to discuss standout scenes from this past year in cinema, not whether pitting The King of the Monsters against a couple of horny daddy longlegs whilst the blandest humans on the planet ran around getting under their feet was a good idea, and there's no denying Edwards can deliver something that's at least visually inventive, even if the subjects themselves are paper-thin.

From an impressive selection of memorable moments – monsters diving under warships/night vision first-person shooting in the jungle/a bad case of nuclear halitosis - it's the HALO jump that arguably stood out, as a whirling, heady leap into the great unknown for Aaron Taylor-Johnson and his team of assorted fodder.

Possibly interpretable as some religious heaven-to-Earth-type symbolism or deeper mythological going-on (although probably actually just another layer of aesthetic cool), it was always going to be something showcasing the scale of the tiny humans as they free-fell impossibly towards the jaws of the snapping monsters below. Thanks to Edwards' flare for the unreal, the sight of insignificant dots trailed by red smoke above a brooding city skyline dominated by Godzilla ended up becoming almost as recognisable and iconic as the titular monster himself. Almost. Luke 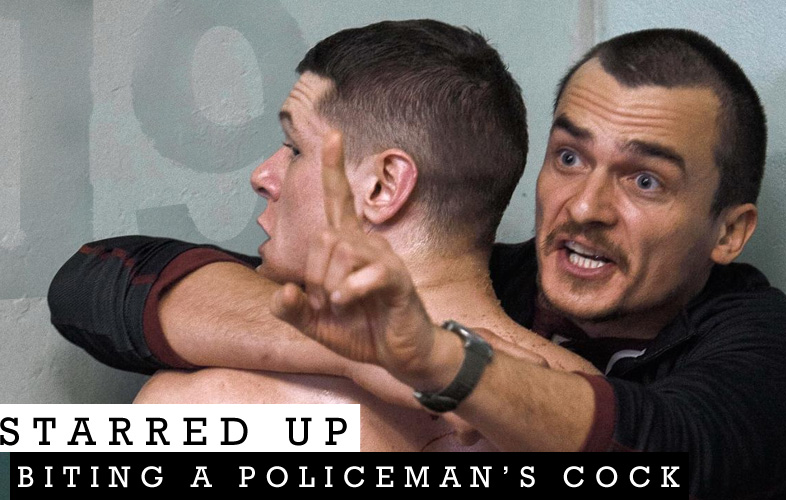 The British prison drama is usually an uncomfortable watch because of the class tourism I feel I'm engaging in. Maybe I'm being over-sensitive, but it feels voyeuristic, peeking through the bars for kicks. Starred Up had the idea to put me in the film in the shape of Rupert Friend's social worker, curious, out of his depth, bit of a wet blanket but ultimately well-meaning. His Oliver Baumer is at least brave enough to get in there and try and do some good, though.

Jack O'Connell's Eric Love isn't much in the mood to be helped. His first action on entering the prison after his titular promotion from the young offenders' institution is to make and hide a shiv. We and Oliver consider the big questions: can Eric be rehabilitated? Is the prison system even built for it, or just for keeping people like him away from the rest of us?

Eric's not thinking much about the big questions; he's just making sure he’s ready to attack whenever necessary. This includes a fracas in which he’s up against a group of guards and gains the upper hand by biting the trousered cock of one and not letting go. As fight strategies go, it's innovative, effective and brutal, and difficult to mine for humanity, daring you to view him merely as a caged animal. Is Eric more than that? Don't expect a straight answer. Ed 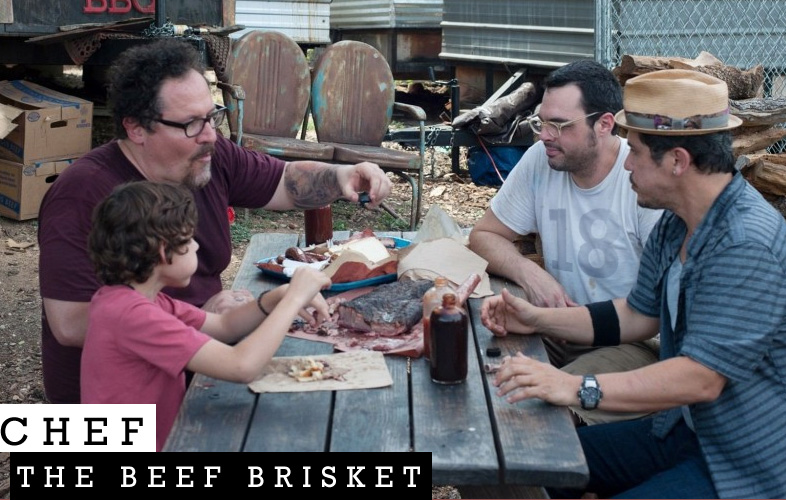 Chef is not one of the year's best movies, but it does contain one of its stand-out scenes - a scene in which a group of characters do nothing but stand around in a circle gawking at a hunk of meat, giving fresh meaning to the term 'food porn'. The scene comes two thirds of the way into Jon Favreau's self-reflexive sandwich odyssey, when chef Carl Caspar is sourcing ingredients for his new food truck venture. His travels take him to a meat merchant, who cooks up a giant beef brisket in an oven big enough to incinerate a hitchhiker. The slab of meat is removed from the furnace and is popped on a picnic table where it’s sliced open like part of a sexy, delicious autopsy.

The beef brisket scene is one of many lusciously shot segments of Chef, in which food - usually caked in butter - is lovingly prepared, lingered on and then devoured. The dishes in Chef are not generally examples of gourmet cuisine but sandwiches or variances thereof; various combinations of bread, meat, cheese and, yes, butter. I have sat and watched two-dozen Jamie Oliver TV specials with my mouth open and have to cross my legs when the M&S adverts come on, but never have I experienced a movie that elicited such a primal response of non-sex-related desire. I wasn't alone; at my screening, you could hear the audience mentally chewing on the pink flesh of that beef brisket, judging by all the grunts and groans.

I can't drive a car or fire a gun or sleep with a woman like James Bond can, but by gum, if I put my mind to it and spent quite a lot of my time and money on it, I could be eating that beef brisket by next weekend. I probably won't, but I could be. Aspirational cinema for the man with low standards and a high metabolism. Okay, just with low standards. Ali

Neatly summarised as 'Speed on a Piano' or 'Die Hard on a Piano', director Eugenio Mira's playful Hitchcock homage might not have exploding buses or wisecracking flatfoots, but it does have a lofty concept that successfully walks the highwire between genius and garbage.

The utterly ludicrous conceit - that Elijah Wood's pianist must play an impossible concerto without putting a note out of place or his girlfriend will be killed by a sniper - is so narrow that you almost dare it to fail. "Surely it can't sustain this plot for an entire feature," you think. But it does, even if it hits the odd bum note along the way.

It's a movie with more than its fair share of stand-out moments - one such delight: Bill & Ted star Alex Winter in a small but crucial part, forever rolling his eyes to the heavens - but the real skill is in the edit, where Mira keeps the tempo allegro with the grace of a skilled conductor. The highlight is the most delectable shot transition of the year, where we cut from a character having their throat slit with a shard of glass straight to a close-up of a bow sawing rhythmically at the neck of cello. You don't see any blood, but the shriek of the instrument says it all. Hitchcock would have approved. Ali 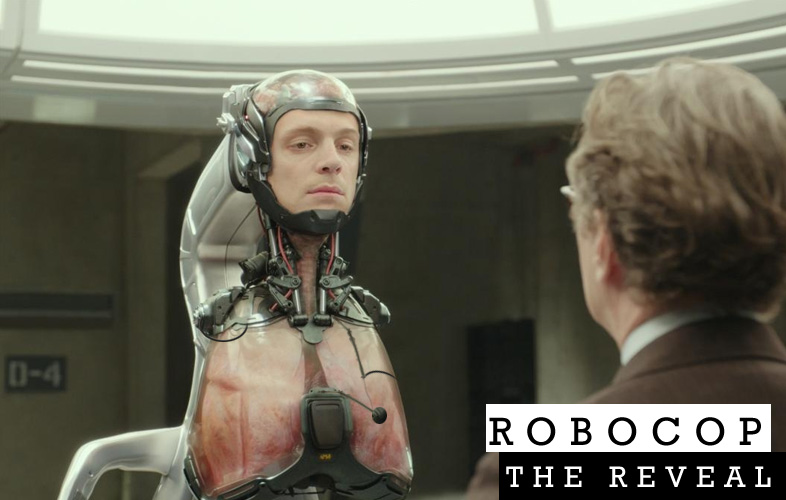 It's surprising just how often one is proved wrong by remakes these days. Just as I usually know beyond question that another season of a TV show will be terrible because its story has run its course, so I approach remakes with a sense of dread. In both situations it's usually a pleasant surprise. This may have something to do with the fact that the people who make them are professional filmmakers, and I'm not.

This year's RebootCop had me stuffing my words back into my mouth throughout like gloating popcorn. No, it wasn't as good as the original, but it had the sense to be a different film: a thoughtful meditation on whether the use of drones provides a metal moral buffer between the killer and the killed, and on how technology comes at a cost to our humanity. Unlike in the original, Murphy is still recognisably human with added metal, and knows it.

The moment at which he accepts this is when he insists Dr Norton show him what's left of his body, and the steel housing is opened up to oblige. Two inflating lungs and a hand hover below his head, the space between them brutally evident. Whether there's still a person left, Murphy must discover. Ed

More:  Top 20 Films Of 2014  Top10  Top 20 Scenes Of 2014
Follow us on Twitter @The_Shiznit for more fun features, film reviews and occasional commentary on what the best type of crisps are.
We are using Patreon to cover our hosting fees. So please consider chucking a few digital pennies our way by clicking on this link. Thanks!
Next Page »