There only three things that are certain in life: death, taxes and the fact that someone is hard at work writing a sequel to the X-Men movie you're currently watching. Logan, the third Wolverine standalone movie after X-Men Origins: Wolverine and The Wolverine, is the exception: it is the last in its series, because Hugh Jackman says so, and not just because they've run out of ways to name Wolverine movies. Buoyed by the success of 15-rated Deadpool and supported by Jackman's desire to leave a lasting legacy for his defining role, Logan is that rare superhero movie that feels like a full stop rather than a comma. Intentionally distanced from the rest of the X-Men universe and its frankly Gordian timelines, Logan stands alone as the best of the series: a bleak, bold and mold-breaking masterpiece of the genre.


Where does Logan fit in X-Men canon? James Mangold doesn't care and neither should you. All you need to know is that it's the future, almost everyone Wolverine ever loved is dead, and everything hurts like hell. Logan is holed up in an old oil refinery, working as a limo driver for horny teens, attempting to save enough money to escape with a decrepit Charles Xavier, now suffering from a degenerative brain disease and seizures capable of levelling a city block. With his healing powers fading and his adamantium bones slowly poisoning him, Logan is lumped with a surrogate child. Forced to go on a road trip, an exhausted and battle-scarred Logan must play the role of protector, even as his will to live slowly ebbs away. Welcome to parenthood, Bub. 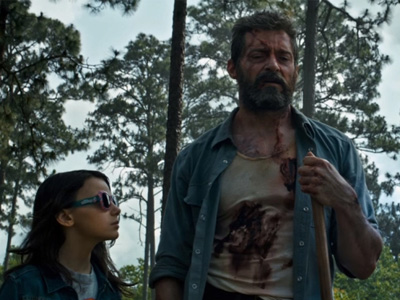 My face when I need to sleep but it's not even bedtime.


Logan is a work of remarkable maturity, relatively speaking of course. Mangold has sand-blasted the X-Men aesthetic, leaving it raw and rusty: Logan's world is one where the apocalypse already happened and nobody noticed - border walls, secret police, mass extinction and genocide. The last X-Men movie had Olivia Munn wearing a swimsuit and swinging around purple energy swords; this movie has Stephen Merchant ironing Professor X's underpants. A deliberate attempt to age up the franchise, Logan asks big questions of its protagonist and drags him through the dirt until it gets its answers. Touchstones here are Westerns like Unforgiven and Shane, movies that never had to worry too much about sequels. The same way you could strip the costumes out of The Dark Knight and still have a brilliant cop movie, take the adamantium out of Logan and you're left with the bones of a compelling Western.

Jackman, unsurprisingly, is totemic in the role. Never forget that this anger-fuelled feral berserker is played by a man whose default mode is 'singing showtunes'. This is a very different Logan than we've seen before; angry in a different way, because he already knows he's playing a zero sum game - he's howling into the void. Kudos to Logan's hair and makeup team, because Wolverine's look - sun-damaged skin, limp, Forest Whitaker eye, hair kitchen-scissored into a Simon Cowell bog-brush - tells the story that Mangold's screenplay needs not specify: that the unkillable man is dying. And you feel his pain: by the movie's end, the film is practically coughing blood. Logan's exhaustion and the futility he feels with his own failing body are palpable - the entire third act is punctuated by blackouts - but Jackman sells every miserable second. 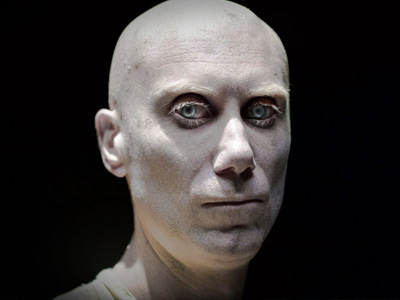 
It's a straightforward road movie, a buddy movie of sorts even, but one packed full of grace notes: Xavier calmly taming wild horses loose on a highway; the look on the face of a particular character as he pulls a trigger; Wolverine, reduced to the stakes of a bum, taking a bullet to protect the deposit on his rented car. Patrick Stewart, meanwhile, provides a sage yin to Logan's raging yang, giving his most committed performance as Xavier at the seventh time of asking, bringing the kind of gravitas and pathos we assume he'll also be bringing to his next role as a turd in The Emoji Movie.

Let's not beat around the bush: important characters die in this movie, and that's absolutely a good thing. Wolverine more than anyone knows the value of a long lifespan (17 years running that superhero game) but it's all for nought if there is nothing at stake. Superheroes are routinely resurrected because box-office keeps their heart beating. A sense of finality is a rare thing indeed. Logan, and Jackman, know you can't secure a legacy by leaving a door open. If Fox had any sense, they'd let Logan be the adamantium bullet in the head of the X-Men series, because superhero movies don't get any better than this.

More:  Logan  Wolverine  Hugh Jackman  X-Men  Superheroes  James Mangold  Patrick Stewart  Stephen Merchant
Follow us on Twitter @The_Shiznit for more fun features, film reviews and occasional commentary on what the best type of crisps are.
We are using Patreon to cover our hosting fees. So please consider chucking a few digital pennies our way by clicking on this link. Thanks!