Review: The Hustle is a like-for-like switcheroo 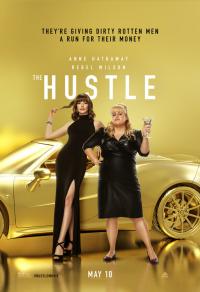 Now then, Dirty Rotten Scoundrels was one of those I had on VHS off the telly and watched a lot as a kid, and believe it or not, I'm quite happy to allow a reboot without moaning on the internet about how my childhood has been stolen from me, as though MGM had coerced the 12-year-old me into confessing to a murder I didn't commit then used its corporate weight to lobby against my release and discredit the one witness who saw it all and could exonerate me, meaning I had to spend my teenage years in the big house, punctuated only by making recorded calls to the true crime podcast that was covering my case but whose final episode would end "Well, he's still in prison. Get 50% off your new mattress if you use the code DIAL-MGM-4-MURDER at checkout." I mean yeah, they haven't done that. What they've done is a bit weird though.


Something's gone wrong with The Reboot. We had it all figured out for a while. A few years ago we started getting stuff like Vacation, The Equalizer and Ghostbusters, which took a property the audience knew well, kept the spirit of it but delivered a new story which had merit in its own right, and included enough nods to the original that you felt rewarded if you were a big fan. See? That's how you do it. Then we all went home, satisfied we'd put the whole issue to bed, and had a big cake.

I presumed this was what they'd be doing with The Hustle, and I was pleased to see Chris Addison handed his first Hollywood feature to direct, too, because he's an obvious British talent who's earned proper chops on Veep and The Thick of It, and, well, he seems nice. And a gender reboot using the now-popular "serious actor funnies up with a comic actor" formula: why not?

Obviously this reads like a build-up to "I had high expectations, but it's a shitheap." But The Hustle is a perfectly good film. The main reason for this, though, is that Dirty Rotten Scoundrels was a perfectly good film, and The Hustle is exactly the same as it. There are a couple of small narrative amendments, but the plot is the same, right down to the characters using the same cons on their marks. There is a set in it (a lowered bit at the end of Anne Hathaway's garden which looks out across the Mediterranean) which I'm pretty sure is the same place they shot the equivalent scenes when it was Michael Caine's. 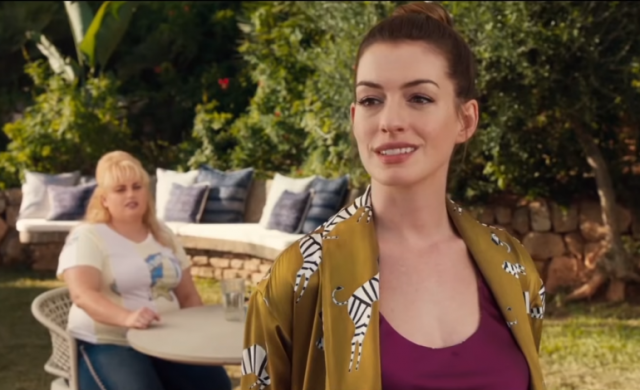 If you look closely, you can just make out the shed where he used to keep old tins of paint and that mysterious locked box his wife was never allowed to open.


This of course won't bother anyone a bit if they've never seen the original. (And to be fair, despite its VHS ubiquity in my household, a straw poll among friends of my age tells me it's not seen as an eighties classic that's well known to everyone over 35.) But it does automatically cut in half the audience who might get something out of it beyond enjoying its performances. It may be that the studio has done a load of market research on the demographic for female-led film comedies and reckons that the potential slice of that pie that's familiar with the original is very small, and if so it should do pretty well, but it seems an odd choice.

Risk and reward: that's what you're balancing with a reboot, and I suppose with any mid-to-high-budget film in a slightly timid market, and if you're convinced that Dirty Rotten Scoundrels was an absolutely perfect setup it'd be a shame to tinker with, then maybe a boilerplate remake is your best option. But they could've done something else with it, surely? It's about two con artists shaking down rich pricks on the French Riviera: there are any number of possible story avenues you could go down. I suppose if you want to sell the gender reboot aspect then placing the characters in the existing story is a good way to play that up (and the prospect of rich men getting tricked into falling in love and then grifted is more palatable than rich women), but it doesn't especially, save for an incongruous high-energy track about "badass women" over the end credits.

So you might as well just enjoy a well-made, fairly funny comedy with two strong central performances: Hathaway does good stuck-up work when impatiently trying to smooth out Rebel Wilson's rough edges, especially when Addison gives the latter licence to improvise and run with it verbally, and Wilson's as expert as ever at physical comedy. It seems to have got a bit of a monstering online, which surprises me. Some films are offensively unfunny but I'm not sure how you'd bring yourself to that sincere view of The Hustle: if you've seen Dirty Rotten Scoundrels then you've seen it, but if not you could do a lot worse.

More:  The Hustle  Chris Addison  Rebel Wilson  Anne Hathaway  Ingrid Oliver  Alex Sharp  Dean Norris
Follow us on Twitter @The_Shiznit for more fun features, film reviews and occasional commentary on what the best type of crisps are.
We are using Patreon to cover our hosting fees. So please consider chucking a few digital pennies our way by clicking on this link. Thanks!