One year. 12 months. About 30 weeks or something. Quite a few films. It's been the best 2011 since time began, and the following 20 films are officially - or as official as something can be when presented by someone with no authority - our favourite movies of the year. Hop on board our time machine and revisit the 20 greatest films of 2011! [Time machine may just be an old chair and mostly metaphorical in nature - Ed.]


2011 has been a cracking year for us here at Team

: we finally sorted out our server problems (by doing nothing and hoping for the best), we made lovely friends (some of whom are BASICALLY FAMOUS) and we got retweeted by the bloke who played George on Seinfeld. It's been a real rollercoaster, and as in real life, I've spent most of the ride vomiting.

The following 20 films represent the highlights of the site staff, give or take the few films we didn't have time to see (Senna, A Separation, Margaret, The Smurfs) and the ones we gave high marks to but only because we were paid to do so [delete this bit later - Ed]. I've interspersed our countdown with the favourites of a few critic type people, at least one of whom was in Jurassic Park, naming no names. Thanks and uncomfortably long hugs to everyone who found time to contribute. Let's list! 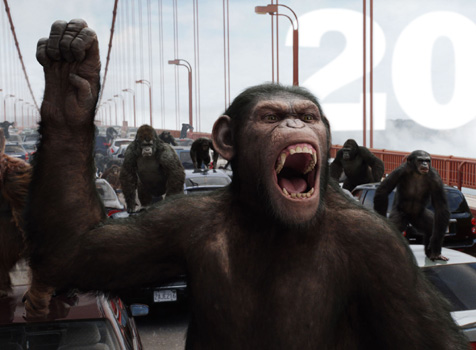 20. Rise Of The Planet Of The Apes

Can there be an award for Movie You're Most Glad Wasn't A Crushing Disappointment? Biggest Bullet Dodged, perhaps? Because though Rise Of The Planet Of The Apes has its flaws – that overlong, inaccurate title for one – the fact that it wasn't a disaster is almost as big an achievement as anything the other 19 films on this list could muster. Pixel perfect performance capture is one thing; reversing the damage done by Tim Burton's bone-headed 're-imagination' is quite another.

Taking his breakout movie, The Escapist, and basically adding monkeys, director Rupert Wyatt has crafted an engaging origin story, wisely shifting focus away from the human and towards the simian. Andy Serkis may not quite deserve an Oscar for providing the ooks and crannies of lead ape Caesar's performance, but the character is one audiences instantly relate to – perhaps the first mo-capped protagonist ever to elicit genuine emotion. That's testament in part to Serkis' dedication to grazing his knuckles, but also to the team at Weta, who convincingly animate a movie ape like no other – a living, breathing animal you'd swear was in the room.

Technically it's peerless, perhaps less so in terms of story, and you'd have to argue that James Franco and Freida Pinto are hugely ineffective, but as blockbusters go, it's pacey, smart, compelling and genuinely touching in a way you never thought possible between man and monkey. A CG chimp that makes you cry? Proof of evolution if ever it was needed. Ali

Defining moment: Tired of his abusive treatment at the hands of Draco Malfoy, a cognisant Caesar rises up against his oppressor in a way his kind have never managed before. This actually made me say "Fucking hell!" out loud in the cinema. 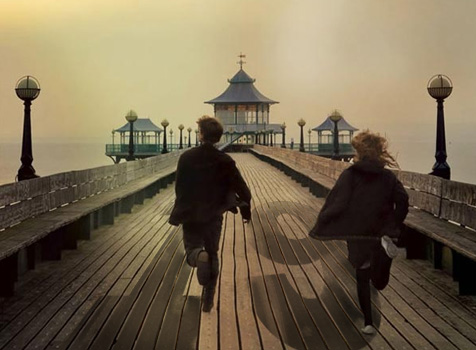 British cinema: largely a collection of unimaginative period dramas and council estate gangster dirges, in my view. It left me totally unprepared for Never Let Me Go and its devastating emotional impact.

The sense of frustration at injustice is one of the most powerful emotions a story can invoke, and this one had me sticking forks in my legs. This is not a faraway sci-fi world where we can let mankind off the hook; this is our world, and it's one in which we've chosen to sacrifice our own humanity in the pursuit of longer life. The dumb, compliant reserve of the people we're exploiting, and their dawning realisation that they've been duped, is almost unbearable.

When Never Let Me Go II: Attack Of The Clones hits cinemas, I'll be in the front row. With more forks. Ed

Defining moment: Garfield, his last remaining flimsy shred of hope just ripped from him, stands in a country lane screaming his very soul out at the cruelty of a world that won't believe he has one. 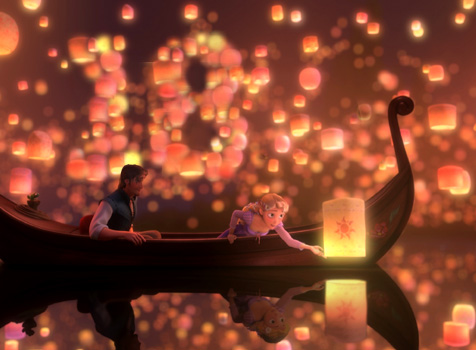 The Mouse House continued its attempt to make up for its years of over-expensive merchandise and Nazi affiliations with this stunning, enchanting new fairytale animation that helps to make 'Disney' a positive adjective again. Where previous effort The Princess And The Frog perfectly recaptured the Disney of old, filled with nostalgic 2D animations and whimsical charm, Tangled is the studio's first try at keeping up with the more modern animations from company counterpart Pixar and studio rival DreamWorks. And it does so admirably.

After presumably trawling the archives for a fairytale that hasn't already been adapted into colourful pixels, Disney came to turn the story of Rapunzel into an exciting, family-friendly adventure filled with all the benchmarks of Pixar's best output: sharp scripting, brilliant visual puns, genuine heartfelt sentiments and, in this case, catchy toe-tapping musical numbers reminiscent of the golden age of filmmaking.

Zachary Levi, from TV's Chuck, voices the cocky scoundrel Flynn Rider, while pop songstress Mandy Moore lends her lungs to the leading princess with the magically long blonde hair, but the real star of the film is the beautiful look and tone, which seamlessly blends modern computer animation with the traditional pastel tones usually associated with such children's stories. The overall effect is the best possible embodiment of all that Disney must have hoped to achieve with this film: an exceptional, contemporary movie that still shines with all of the elements that make one quintessentially 'Disney'. Matt

Defining moment: Floating by themselves in a boat, Flynn and Rapunzel become surrounded by thousands of floating lanterns, all reflected in the water beneath them. It's the moment where the two really fall for each other, and it is captured in truly beautiful, tear-jerking Technicolor that might just be the most magical moment ever featured in a Disney film. 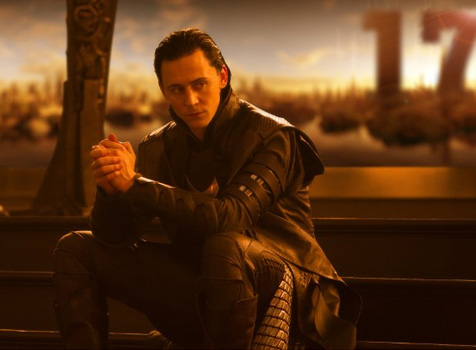 Without a doubt the hardest of Marvel's heroes to nail in terms of tone and character, Thor represented much more than just another superhero movie – it was proof that, holy shit, these guys really DO know what they're doing. Displaying just the right level of pomp and theatrical gusto, Kenneth Branagh's first 'action' movie was an excellent stab at Marvel's trickiest property, overshadowing this summer's light and frothy Captain America with shades of Shakespearian grandeur.

Chris Hemsworth proved a real find as the titular space viking (if I may steal Matt's epic pun, he's "Asgard as it gets"), giving Thor a real physical presence in his fight scenes and even keeping a straight face as those around him make Facebook jokes and roll their eyes. Humour is one of the movie's strong points, much of which you suspect comes from Joss Whedon's uncredited rewrite, but all of which is essential to stop Thor from backsliding into florid pretension and self-ridicule.

It's a movie that's not afraid to thesp like a boss when necessary – Anthony Hopkins IS SHOUTING AGAIN – but has the good grace to have fun with it at the same time: Tom Hiddlestone's mischievious villain Loki perfectly embodies both facets. Despite the movie's inherent ridiculousness, Thor and his brother have suddenly become the most interesting characters in The Avengers, a prospect which gets more and more appealing with each of its feature-length trailers. Ali