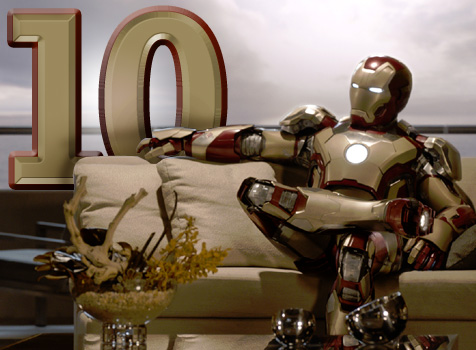 How do you follow The Avengers, one of the highest-grossing movies of all time? How do you go from Billionaire Philanthropist, World War II Hero, Flying Space Viking and Big Green Rage Monster to just Billionaire Philanthropist again? Well, if you're Marvel, you do what you've always done: make smart decisions and take big risks (and you also rely on the unrelenting charisma of Robert Downey Jr to see you through).

The smart decision: Hiring Shane Black to take over the reins from Jon Favreau and deliver a festive-tinged action adventure filled with superb character moments (the little kid! The henchmen! Gary the cameraman!). The big risk: Taking an existing fan-favourite character and, in a brave twist reveal, turning him into nothing more than a hilariously inept patsy. It was a move that angered 3% of die-hard fans and made the film for everyone else, proving once again, that Marvel just know exactly what the fuck they're doing. Matt

Defining moment: With all of his suits out of action, all hope is lost as Tony Stark ends his climactic showdown with his deadly, fiery nemesis, Aldrich Killian. But then, out of nowhere, the damaged underdog armour – the MK42 suit – flies in to make a triumphant return and save the day for Stark... only to miscalculate its landing, hit a pole and shatter on impact, perfectly deflating the moment for the sake of one brilliant, ridiculously expensive, gag. 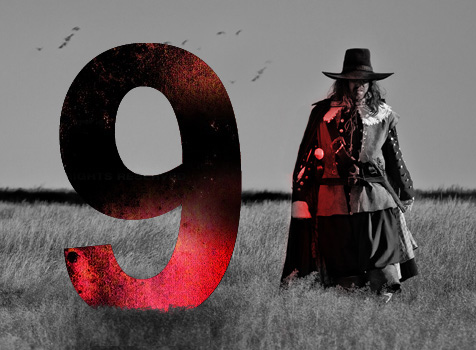 9. A Field In England

What is art? Is it an artist's vision, unmolested? Possibly. Is it a mystery that lies solely in the interpretation of the viewer? Perhaps. Is it a combination of both of these things into an intangible form that transcends logical reasons for appreciation, other than you just do? Yes, probably that. Also if it's black and white you have to add +1 art skill points.

The conclusion I'm clumsily arriving at here is there are some things you can only describe so far before you have to sit someone down and say "shut your face and make your own mind up." A Field In England is one of these things. Delving into the realm of the occult, Ben Wheatley and Amy Jump's tale of mysticism in the middle ages is a psychedelic trip that needs to be seen - although whether you believe is entirely up to you. Luke

Defining moment: Reece Shearsmith emerging from a prolonged screaming session with that manic grin on his face - going from humble servant to human divining rod, pushing proceedings into WTF territory. 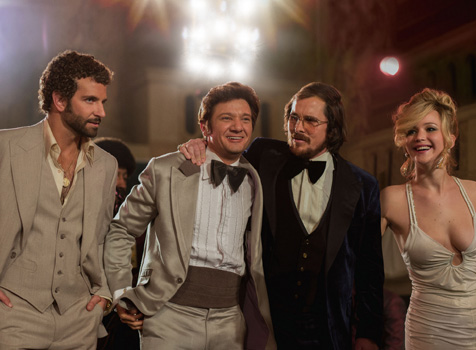 Also known as CON HAIR, right? Guys? Fine, screw you. Christian Bale is predictably, almost tediously, brilliant in David O. Russell's Scorsesian caper, while it would be insulting to describe any of Bradley Cooper, Jennifer Lawrence, Amy Adams or Jeremy Renner as "support". Everybody is on fire here, and if the script loses you a couple of times along the way, there's always the year's most fabulous costume design to drink in.

You want more? Cooper and Adams on the phone, both in curlers. Lawrence dancing to Live And Let Die in her Marigolds. Studio 54. The reveal of Victor Tellegio. American Hustle is the gift that keeps on giving, as long as you asked for polyester. Neil

Defining moment: Christian Bale taming the rampant beast atop his bonce in the movie's opening scene. 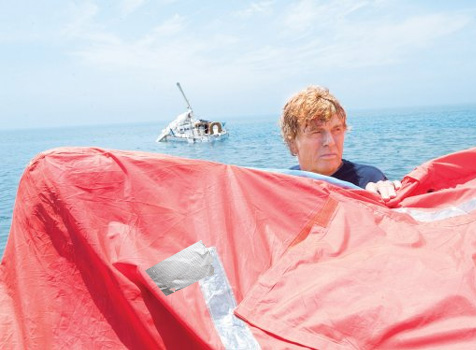 You may detect a pattern from here on in: men and women set adrift from civilised life, fending for themselves against insurmountable odds and a dispassionate God who doesn't give a fig whether they live or die. All Is Lost doesn't have the wow factor of Gravity or the high tension of Captain Phillips, but it is cut from the same cloth. A few years ago, we had claustrocore flicks like Buried and 127 Hours: stars acting their way out of small spaces. Now with All Is Lost, we have the opposite: stars set against the expanse of the great blue yonder. It's liberating.

All Is Lost would surely sink without the charisma of Robert Redford fuelling the engine. At 77 years old he makes The Expendables look like young whippersnappers, but there's plenty of life in the old ginger dog yet, judging from the way he silently wrestles with his boat and makes Mother Nature his bitch. Thanks to Redford's inescapable, ineffable gravitas, All Is Lost is as distilled an expression of drama as you're likely to find: man versus the elements. Everything else is just noise. Ali 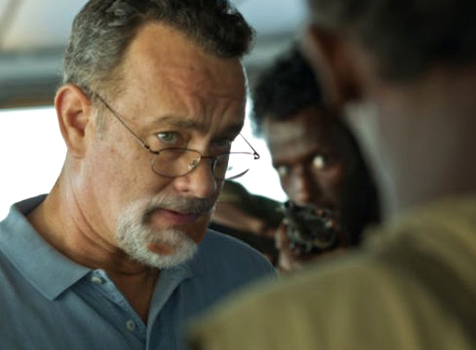 Sometimes it's easy to spot an Oscar grab. Seasoned actor shouldering the whole film by himself? Check. A plot based around surviving a horrific ordeal against all odds? Check. Based on a true story? All of the checks. And yet, thanks mainly to Paul Greengrass' typically up-close-and-gritty direction, this film feels far from the usual staid and stuffy Academy fodder.

Giving equal weight to the pirates' plight as the Captain’s capture, Greengrass manages to simultaneously wring every last-drop of tension out of what seems like a film shown in real-time, while also somehow keeping the movie zipping along at a surprisingly quick pace. And, while all attention is on Hanks, co-star Barkhad Abdi – as hostile antagonist Muse – is so natural in his role that you'd be forgiven for thinking that Greengrass cast everyone outside of his lead star with real-life pirates. Matt

Defining moment: Hanks is such a familiar actor on screen that it's hard to see him play anyone other than himself for much of the film, but the film's closing moments in which a rescued Captain Phillips undergoes a medical exam while in shock and in tears is when he really shines. It's a truly heart-wrenching moment made all the more tragic by the fact that it's Hanks recovering from such a terrible experience – it's like watching your own dad cry.

More:  Top 20 Movies
Follow us on Twitter @The_Shiznit for more fun features, film reviews and occasional commentary on what the best type of crisps are.
We are using Patreon to cover our hosting fees. So please consider chucking a few digital pennies our way by clicking on this link. Thanks!
« Previous Page
Next Page »